We hired an Executive Director! 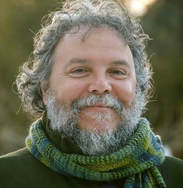 John Forti is a nationally recognized lecturer, garden historian, ethnobotanist and garden writer. He comes to us from the Massachusetts Horticultural Society, the oldest horticultural society in the nation, where he was the Director of Horticulture. Before taking on this new position, he was the Curator/Director of Historic Landscapes at Strawbery Banke Museum in Portsmouth, NH. He previously served as the Director of Horticulture at Plimoth Plantation Museum where the gardens and seed program he created brought international attention to the preservation of Pilgrim and Wampanoag heirloom crops. 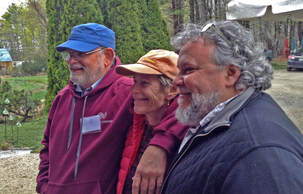 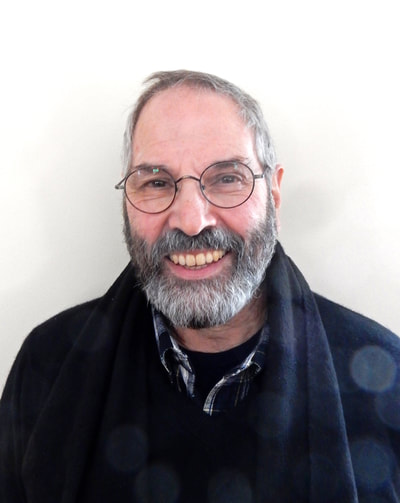 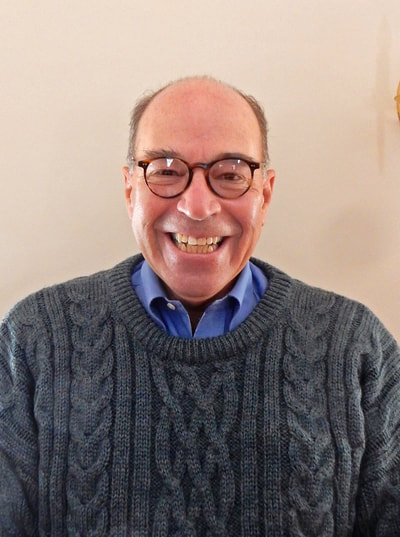 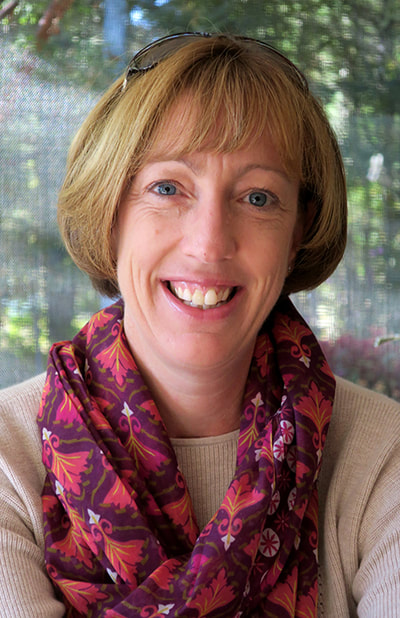 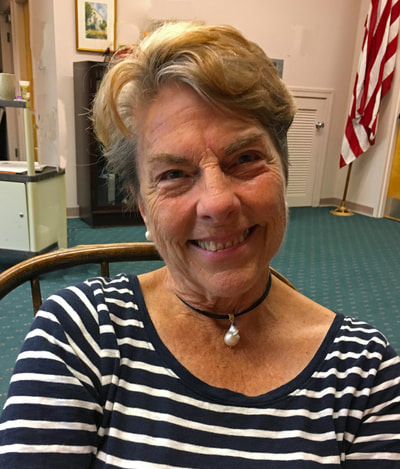 And, boy, did we ever hold Events!

We opened this year with: our first Annual Celebration of International Sculpture Day
International Sculpture Day, or IS Day, is an annual celebration event held worldwide on the last Saturday in April to further the ISC’s mission of advancing the creation and understanding of sculpture and its unique, vital contribution to society.  This was Bedrock Gardens' first participation, but, as it was very successful, not our last. 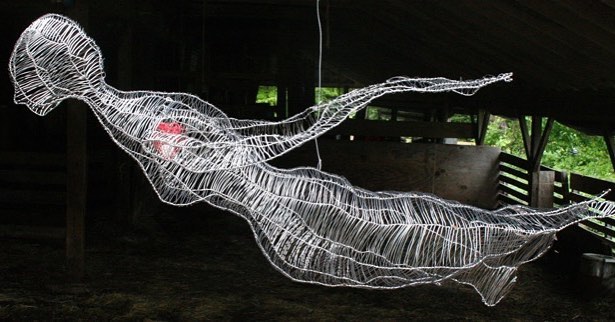 Jean Noon's "Wonder Woman Magic Carpet Rider"
Even building it was fun.
We threw a concert... 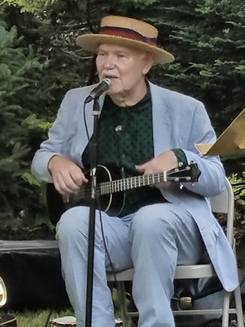 Tj Wheeler has been described as a one man Juke Joint. Wheeler considers the honor of being awarded the 2013 NH State Arts Council Individual Artist Fellowship award (for the second time) a crowning achievement in his four decade long career. Check him out here.
...and sponsored a lecture by Dr. Doug Tallamy...
...and had an Artisan Fair... 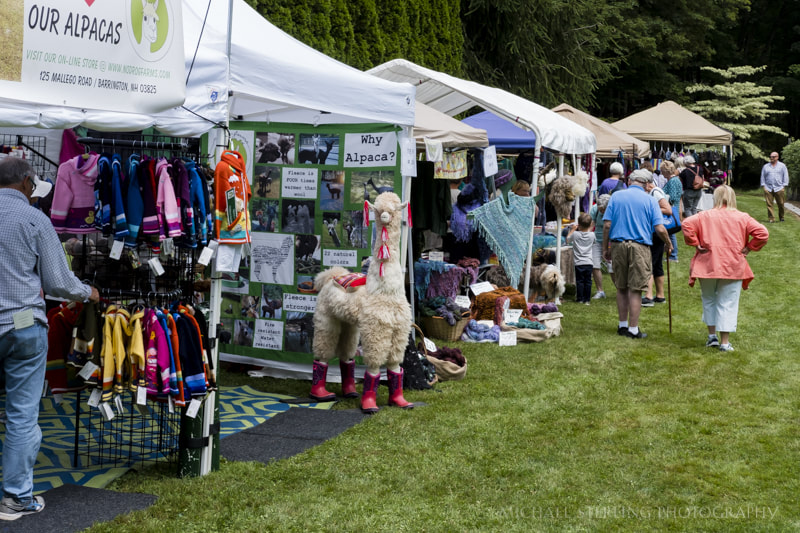 With interesting booths:
...and had a garden party to end it.
with our featured guest, Valerie Sununu, First lady of NH. 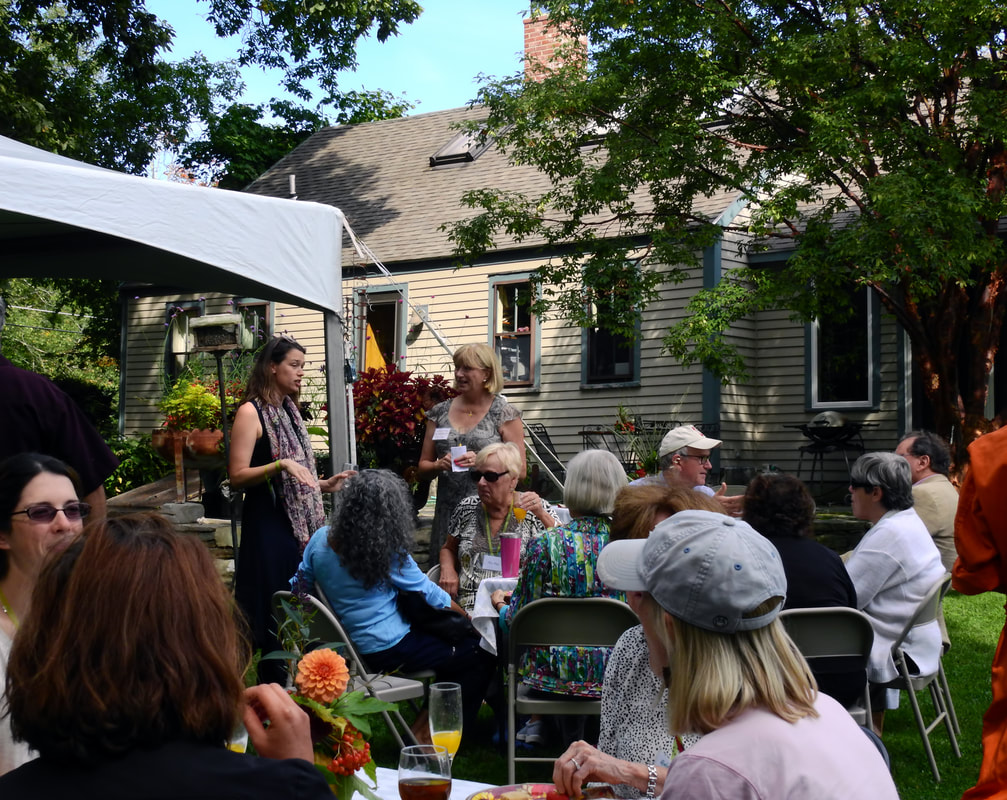 Even our Open House Days were Special!

The Student Art Exhition is becoming a tradition! This was its fourth year.

Art students aged 10 to 18 from five schools explore insects and flight in a far-ranging installation throughout Bedrock Gardens at the May 21 & 22 Open House. The creativity of the students was amazing!​ 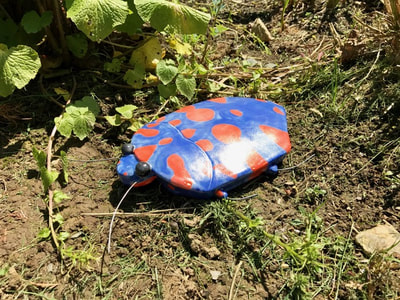 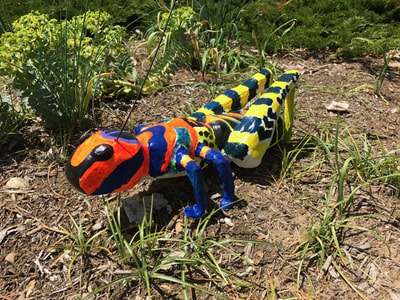 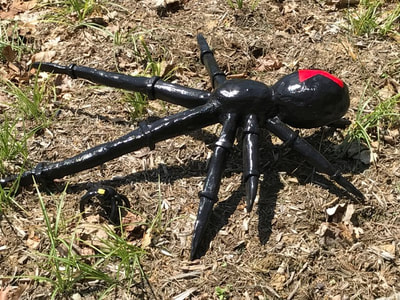 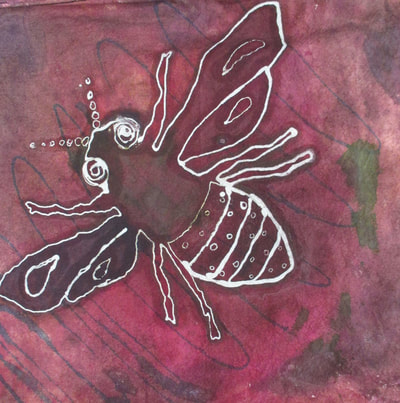 The Seacoast Beekeepers Association (with Randall Davis and Ellie Coffin) had an information booth.

Oyster River Cooperative School District's Jacqueline Bruhn hosted a Sustainability Table with a bug hotel. There was a talk about "Planting for Pollinators" with 1/2 hour talk on gardening and plants that feed the bees at 11 and 1 on Saturday. 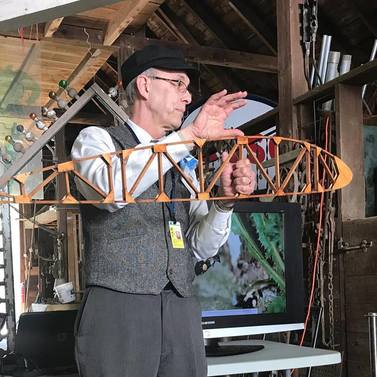 The Aviation Museum of NH’s Wilbur Wright, in character, [thanks to Wendell Bertelsen] demonstrated flight kits and gave a talk with a video on how bumble bees manage to fly. ​

Most of our Open Houses had events associated with them:

The Caterpillar Lab joined us for the third year. Sponsored this year through the generosity of Eldredge Lumber and Hardware, and the Atlantic Design Center in York ME. 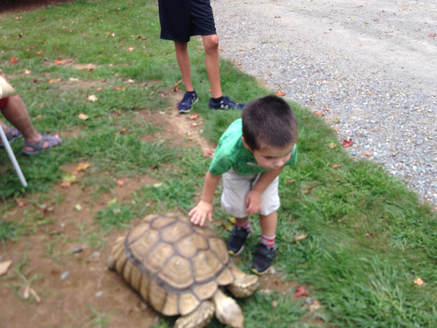 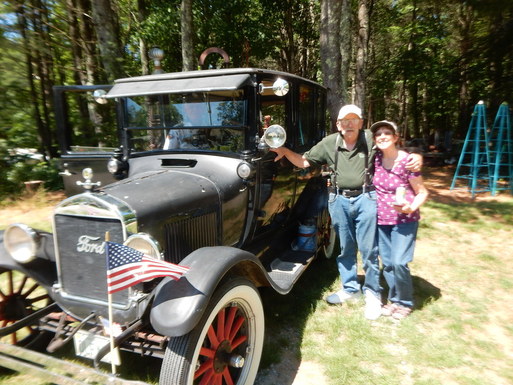 And we closed the year with the Second Annual Fairy and Hobbit House Festival, quite the success!

...came to visit (and build) our fairy and hobbit houses:
Sometimes it takes a whole family to create a fairy house: 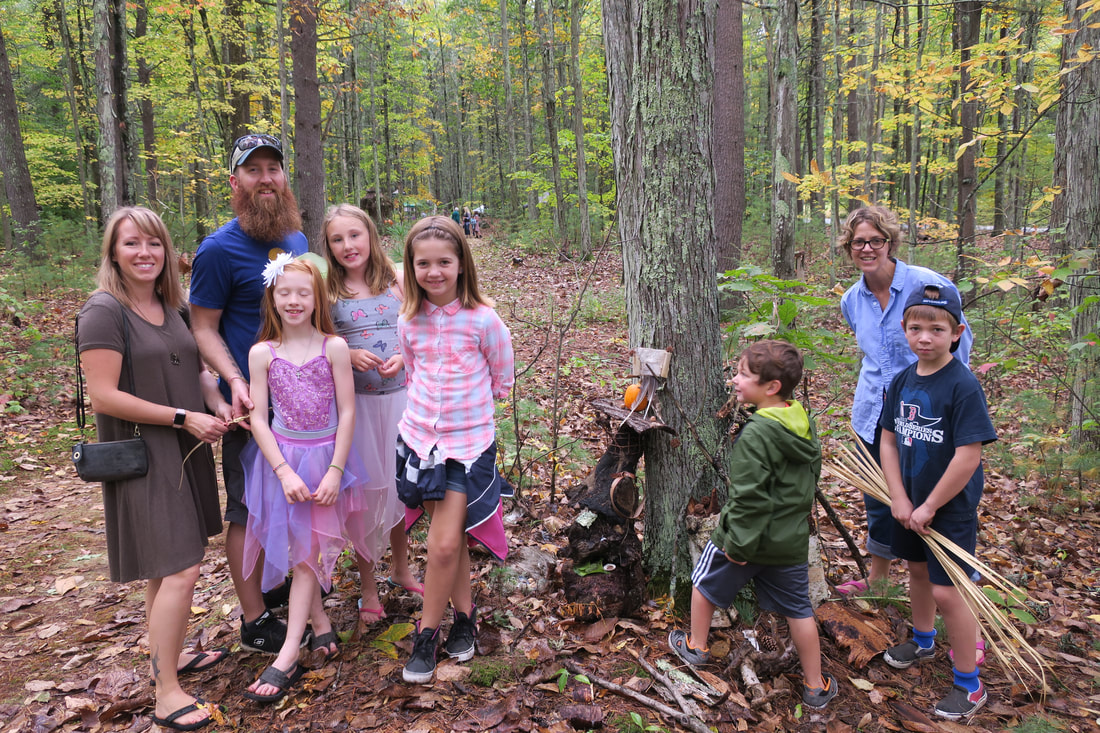 The winner of the popular vote was this by Mary Verzina of Milford NH: 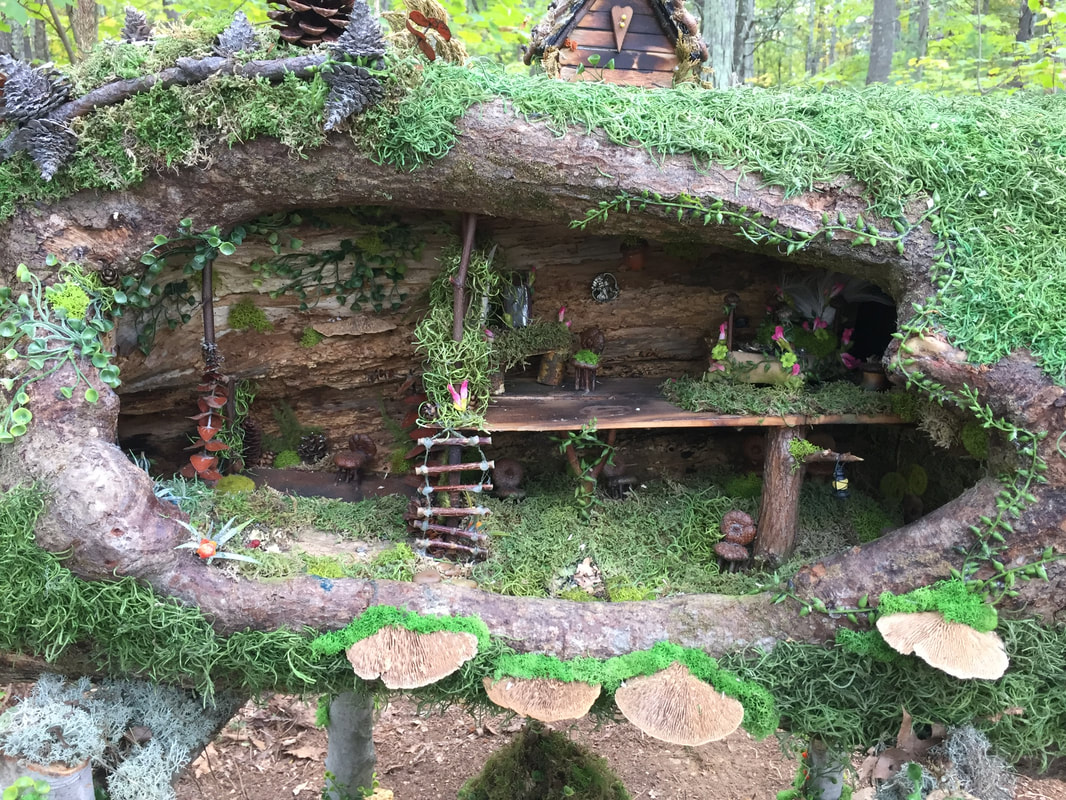 Lots else went on:
See lots more details and photos of the FHH here.
The Open Houses had:
Music 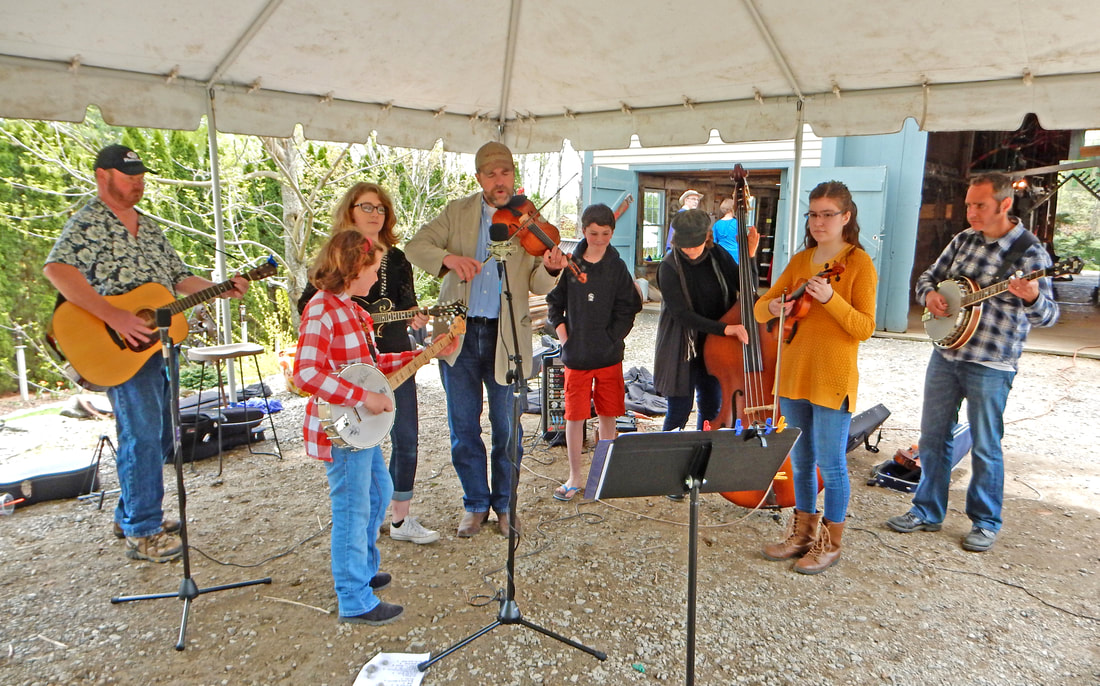 Lee's own bluegrass bands, The Smith Family and The Chicken Shack
Food: 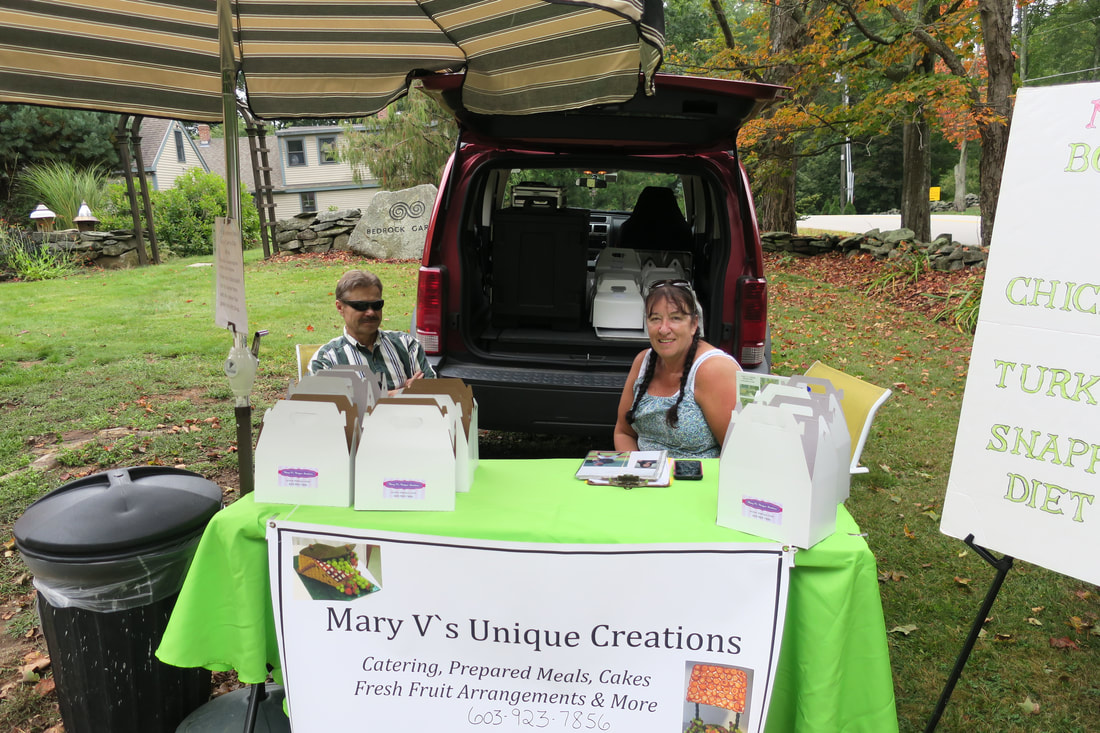 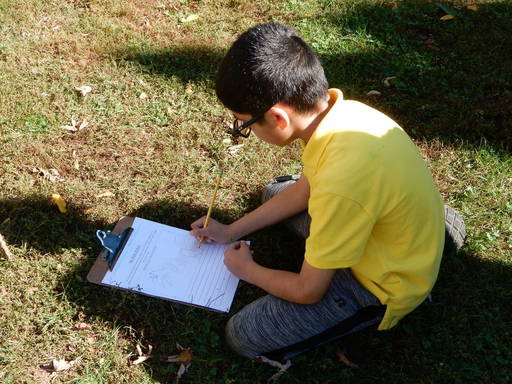 They rotated through Activity Stations.
Educational Visits. Some of our visitors were in conjunction with educational institutions:
Or as classes. Several groups of En Plain Aire painters visited.

And some cars, both old (Profile Auto League) and new (Aston Martin Owner's Club)
And the First Family of New Hampshire, Chris Sununu, his wife Valerie, and their son, Leo. Back row are Jill, Bob, Taylor Caswell (Commissioner of the Department of Business and Economic Affairs) and John Forti. 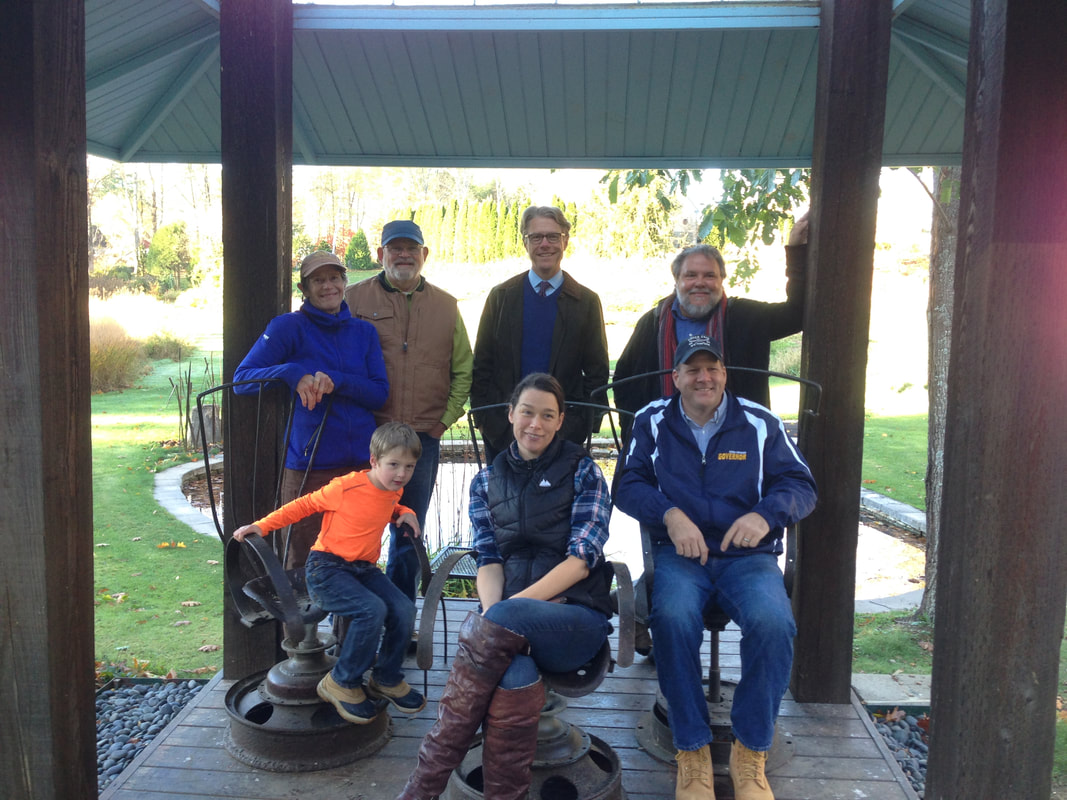 Some of the fun weddings ceremonies that took place here:

Always there are projects:

Plants
We even love plants that misbehave. Bamboo grows well, but periodically has a world-wide (!) simultaneous flowering (called gregarious or mass flowering) and death. No one understands how a plant in Asia knows how to flower and die at the same time a bamboo stand in Bedrock Gardens does. But they do. Here all our bamboo of one kind suddenly flowers and dies:
Animals
and insects.
But mostly we love our volunteers! 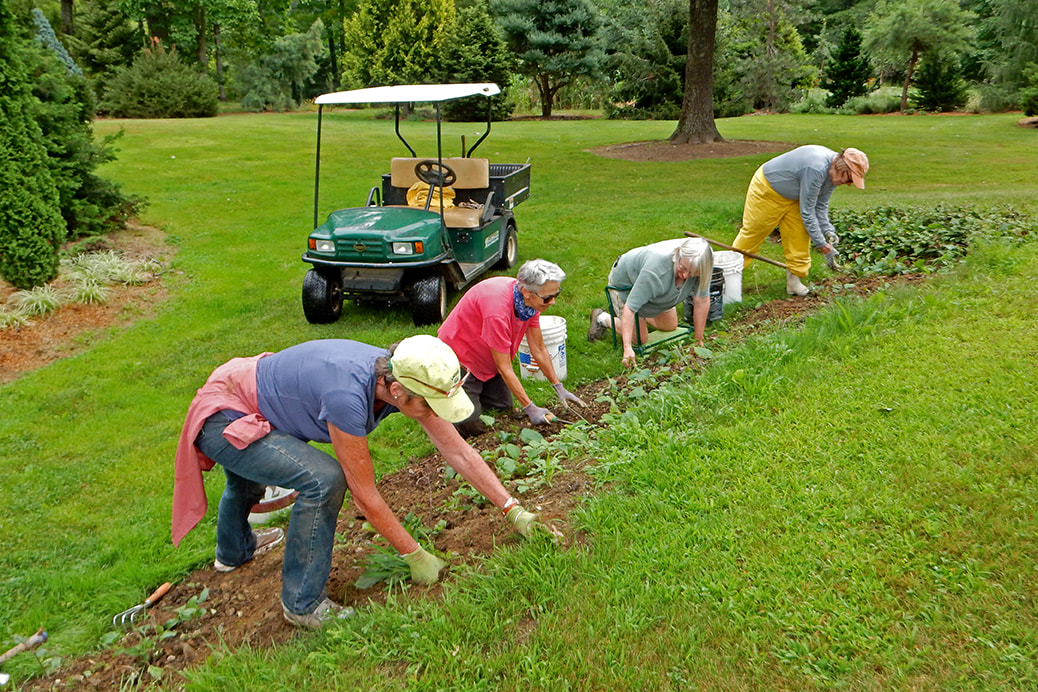 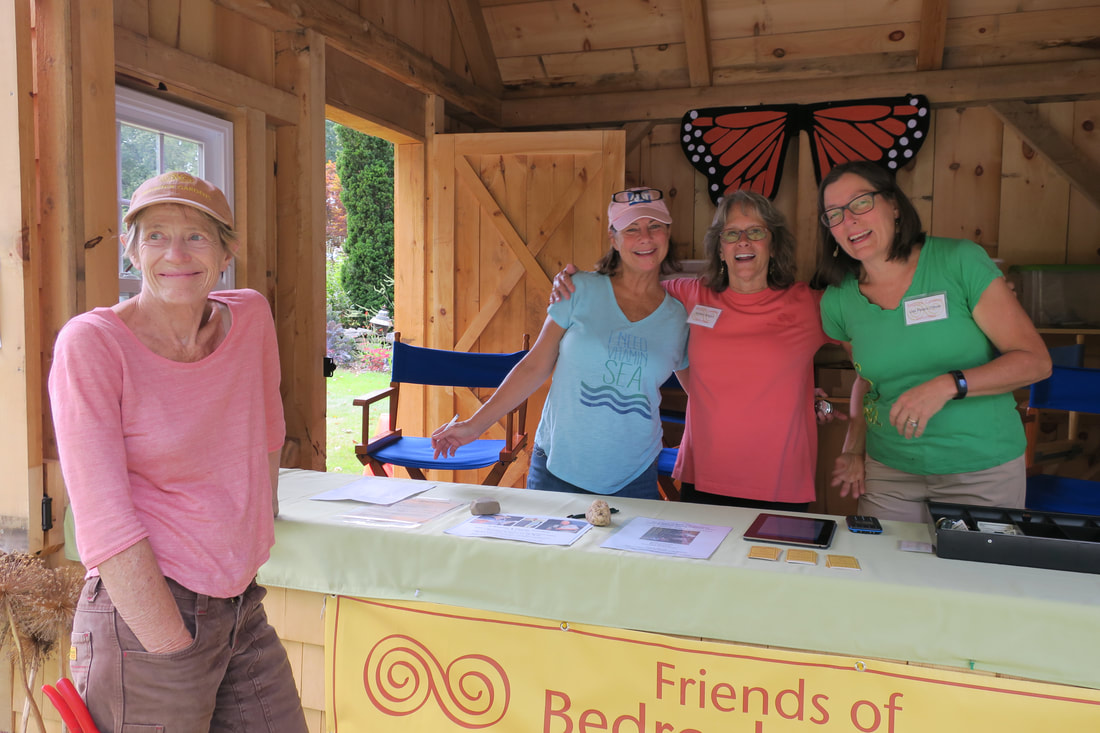 Jill gave a talk at the Atlantic Design Center at Eldredge Lumber and Hardware in York ME. Doug Tallamy also presented. 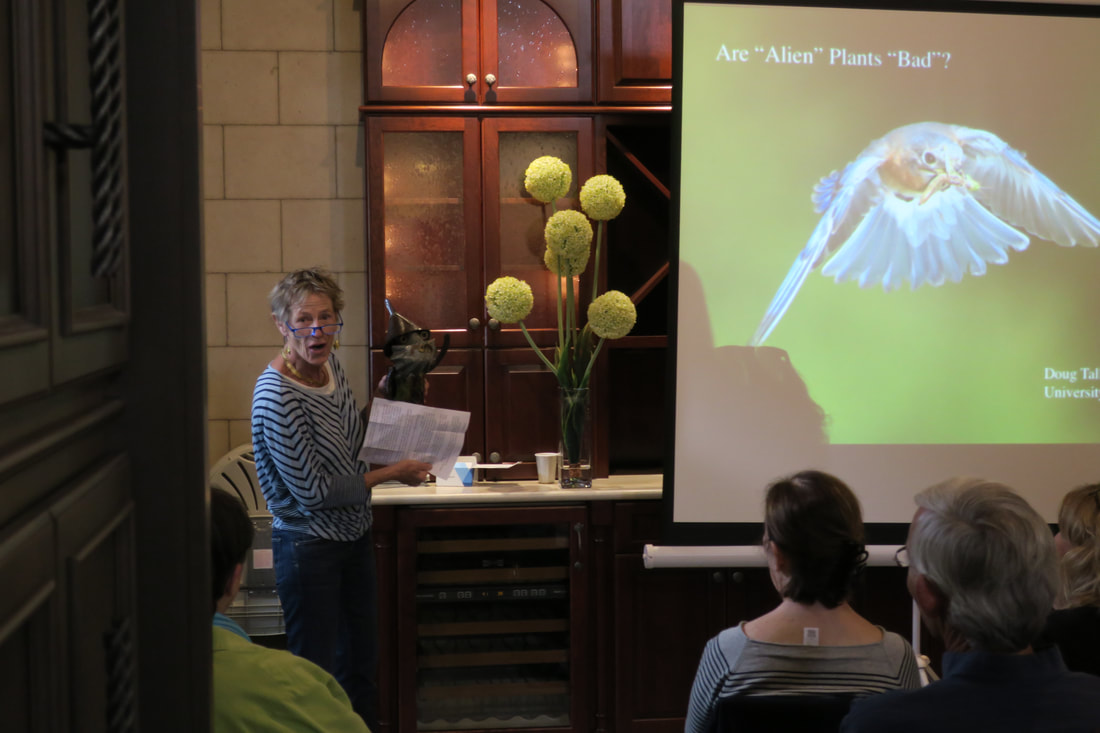 We are rewarded for our work...

All good things must come to an end...

YUM!
Back to top